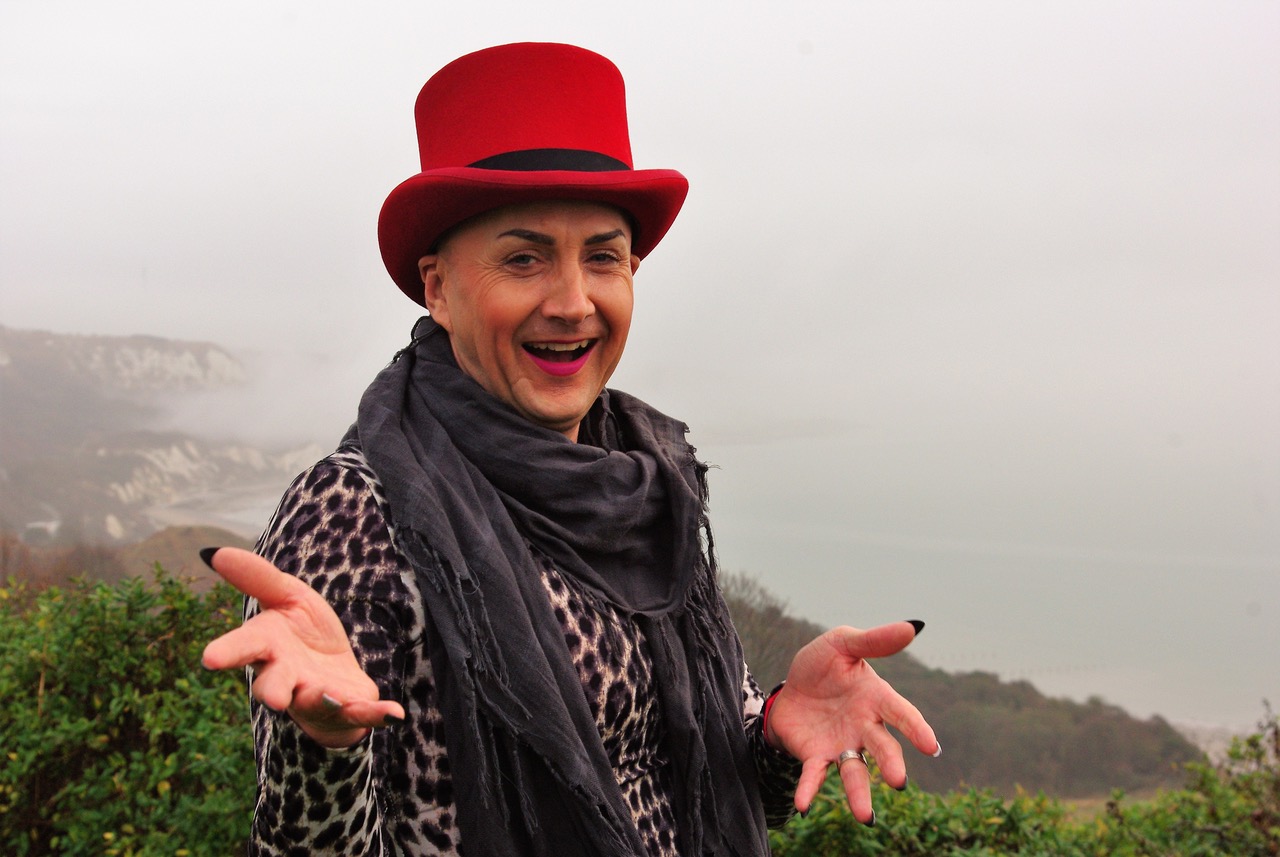 Based in Kent, we were delighted to discover Plamil, a genuine ethical food manufacturer. The company has been Vegan since the 60’s when it was founded by Leslie Cross who was a pioneer of the Vegan Society.  Since then the company has been grown by son of Leslie, Adrian Ling who carries the moniker “The Vegan Willy Wonka”, we interviewed him to find out more:

Can you tell us what motivated you to start Plamil Foods?

My father Arthur, Leslie Cross and others that were critical to the start were motivated by various aspects but would all be now called environmental and ethical considerations as well as wanting to produce vegan food. The main product they wished to produce was an alternative to dairy milk, but other products were researched and experimented with. Plamil has in its time produced a wide variety of products, from pea ‘meats’, ‘milks’, yogurts, ‘cheese’ and ‘creams’. All of which heavy investment had been made but all far ‘to early’ for the market and consumers to accept and make commercially viable.

I was raised vegan with the company being the focus. I left University to join Plamil at a time of limited vegan numbers, veganism struggling to find its feet and the company being virtually a cottage industry. My father called me and said they were going to buy some chocolate machinery to start making vegan chocolate. I was hooked and the passion I had over 30 years ago for the business and what it stands for only grows.

I think of Plamil to be more than a company, as its roots are and grew alongside the Vegan Societies for many years. We are here to produce vegan products, but in addition to be a voice of determination, balance and realism to ensure long term growth of the plant based direction.

In the end global sustainability is of top priority. Ending animal exploitation, damaging environmental practices, promoting fair treatment of other humans amongst others are key to these goals.

Tell us about your father and how his legacy influences the way your run your business today?

My father had strong views on the ethics of vegan food. Previously in the 1950’s he was involved in a company that was producing biofuel from Sunflowers, a concept way ahead of its time. The vision, drive and determination to promote veganism in a world that was just not interested is admirable. Doing the right thing- the definition of ethics- must have rubbed off and remains strongly imbedded in the company today. I think we are still leaders not followers. Equally we are not afraid to ‘swim against the tide in what we see is right. An example of this is to continue to highlight the products which state ‘may contain dairy’, should not be allowed to describe as vegan. Despite this being counterintuitive these accidental vegan products are certified by Vegan Society but go against the Society’s own definition of  ‘animal free products’. Vegan social media chat rooms regularly delete /stop any discussion on this issue.

As the longest running plant-based business in the UK can you describe how the perception of plant-based foods has changed since the 60’s.

Its interesting to see the term ‘Plant based’ return to use. The companies original name was ‘’Plant milk Ltd’, later changing but using the same letters. In todays world it seems that the term ‘plant based’ is used as almost a ‘looser’/ less restrictive term than vegetarian or vegan. It think this is due to many in the population that have ‘flexible’ diets, eating vegan food on one meal and meat the next.

This does bring me to the point that I have seen over many years the definition of veganism to be endlessly discussed, defined and argued over. I have come to the conclusion that I feel more confortable in considering that the ‘thing’ – in our case food- should be the vegan or not, rather than the consumer. Then a food should be truly vegan- without ‘may contain’- regardless if the consumer then consumes another non vegan food.

Can you tell us how you incorporate your commitment to the environment, ethics and human rights into the day to day running of your business.

We look at all the issues with both an holistic viewpoint, but also with technical knowledge.  For example we have for many years used renewable energy to produce our chocolate, at considerable extra cost. In addition we try to avoid purchasing from what Ethical consumer magazine rates as countries with ‘oppressive regimes’. We derive our income from chocolate in which we only purchase certified cocoa. Many companies have certified cocoa in their range, with the non certified subsidising the certified. We therefore undertake many hidden aspects in which has to reflect higher price points, but we firmly believe you get what you pay for, but that also includes how the product is made, a point in which our authenticity is undoubtedly appreciated by a growing number of consumers.

Over the years we have learnt to ask probing questions of suppliers and the trade in general. We do not and have not exploited ‘trends’ to gain short term marketing advantages. Examples of this would be that detailed research into ‘raw’ chocolate reveals these products are not what they seem and which I call ‘emperors new clothes products’. Hugely popular, and a claim we could make on all our chocolate bars but we cannot bring ourselves to ‘fool’ the consumer. Additionally packaging is highly complex issues, but much compostable packaging is made by soaking eucalyptus in baths of sulphuric acid. Currently we consider that the holistic, make-use- recycle is slightly better than make-use-return to soil.

What made you choose Kent for the Plamil factory?

Well I cant claim I did that,  our second factory we purchased in Folkestone in 1972, was a fraction of the size we are today, but the irony is that it is an old dairy. Other units we occupy and land which we have set aside for a new eco chocolate factory was originally the pasture land for the dairy.

What do you predict for the future of Plamil and plant-based manufacture?

There is no doubt that the increase in the number of plant based foods will continue to grow. This is welcomed in all aspects as the consumption of plant based reduces animal suffering, is good for the environment and been shown to be good for our own health. However historically as those following a vegan diet have tended to have to ‘research’ vegan food and therefore had a ‘better’ diet. Todays ‘easy vegan’ is in danger of consuming products that whilst can be described as vegan or plant based may not deliver the best nutrition that a plant based diet can clearly deliver. 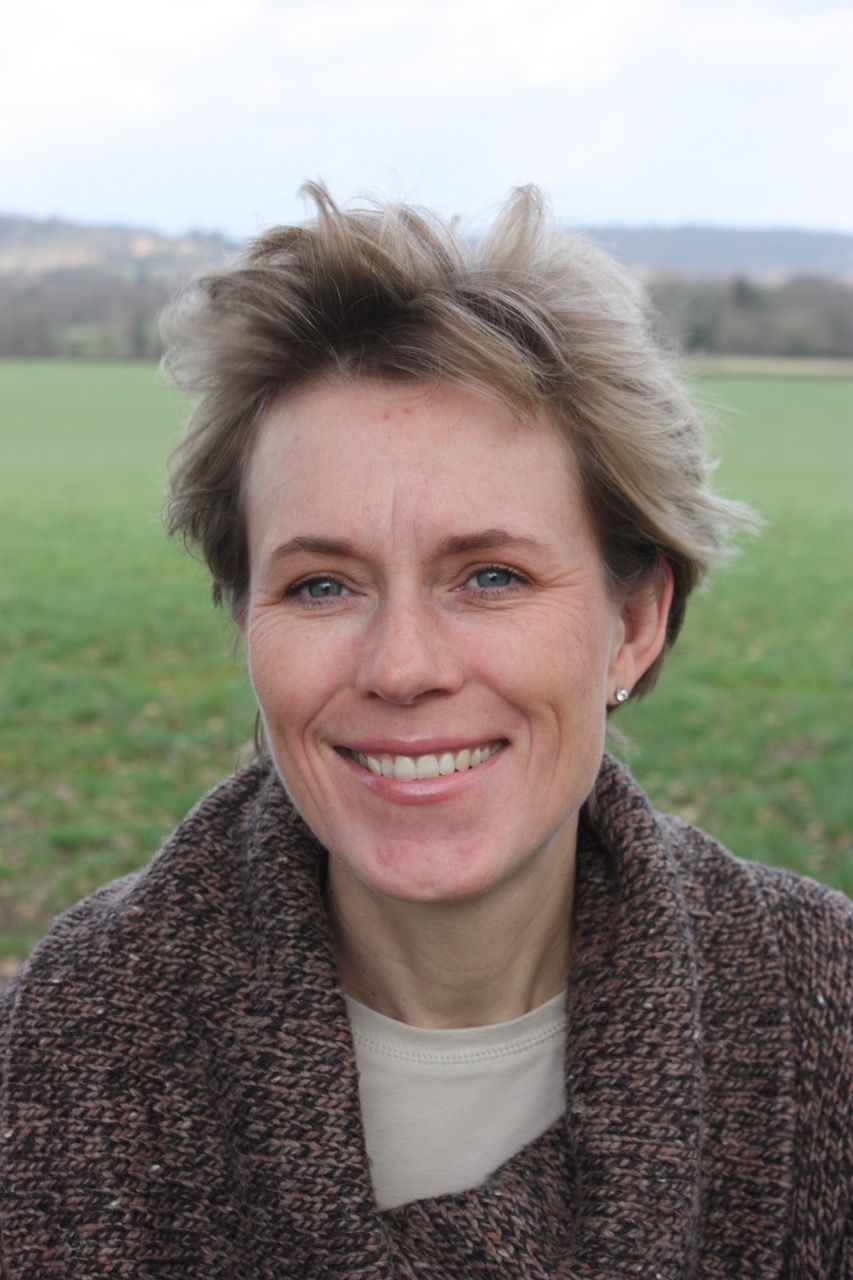 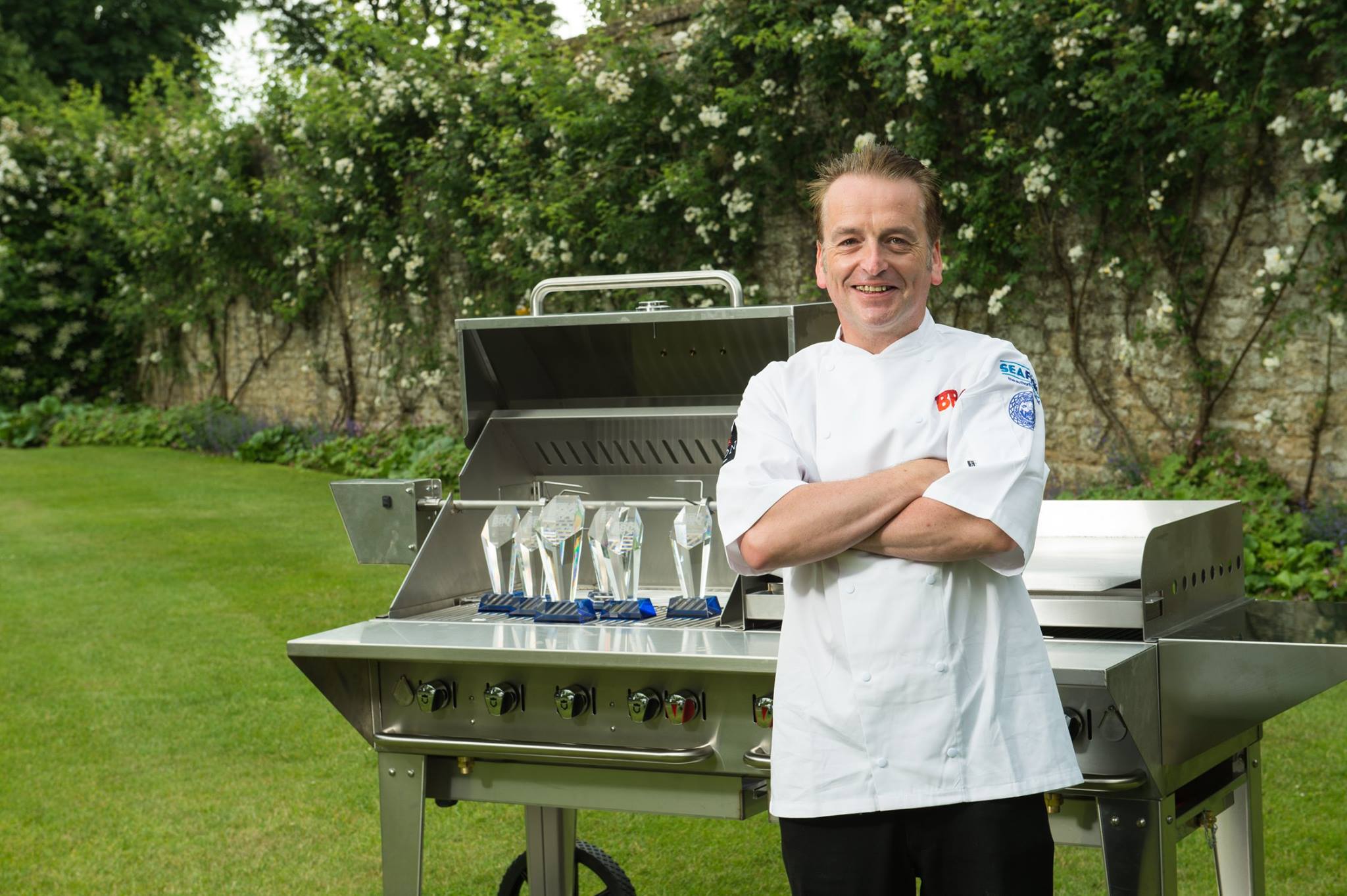 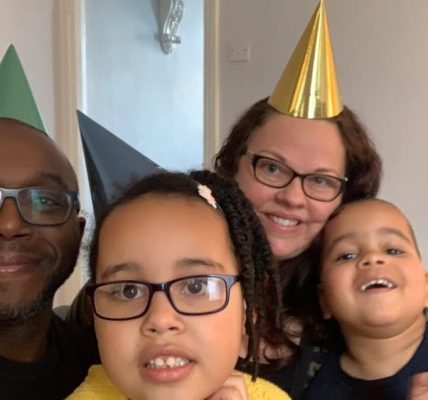 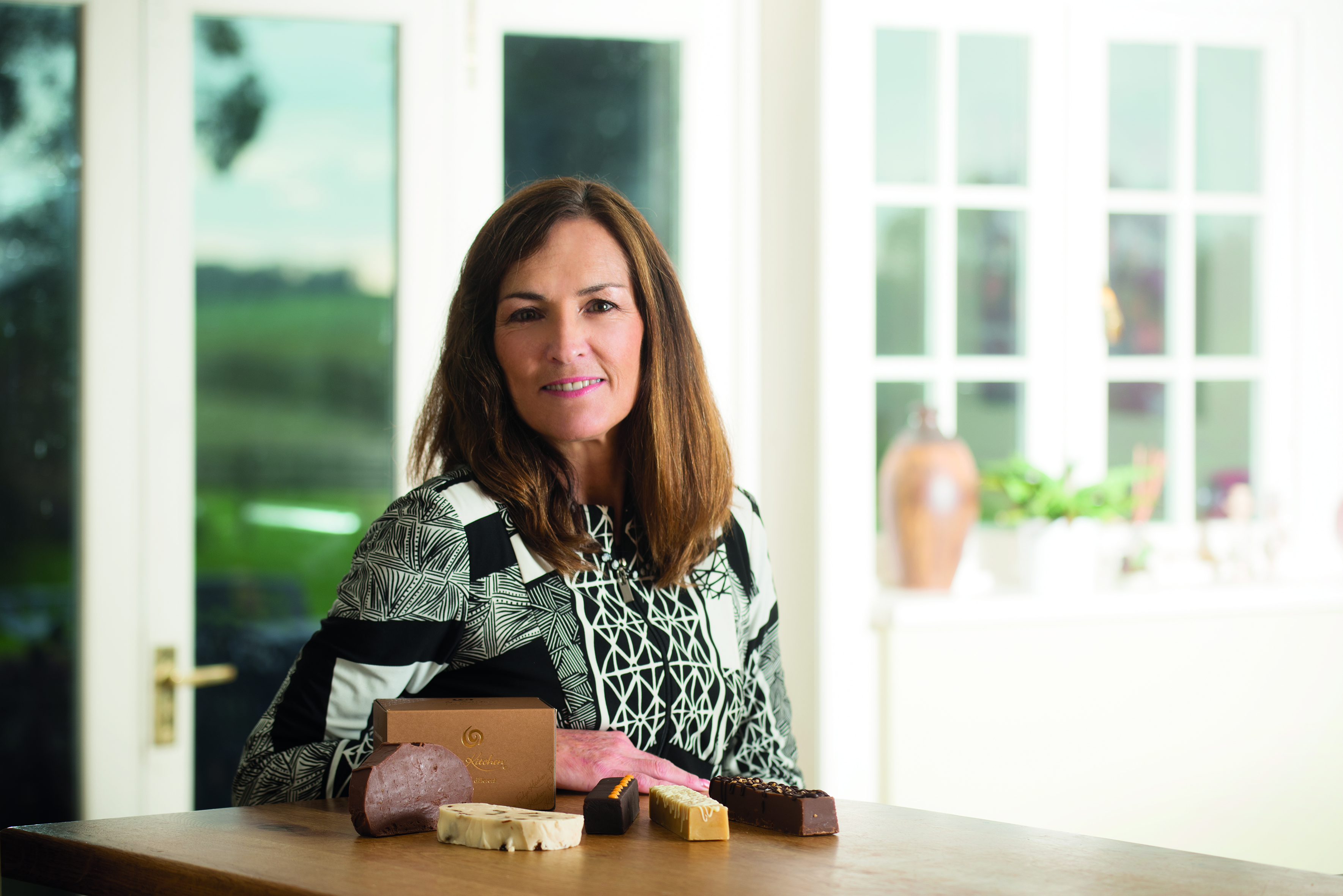